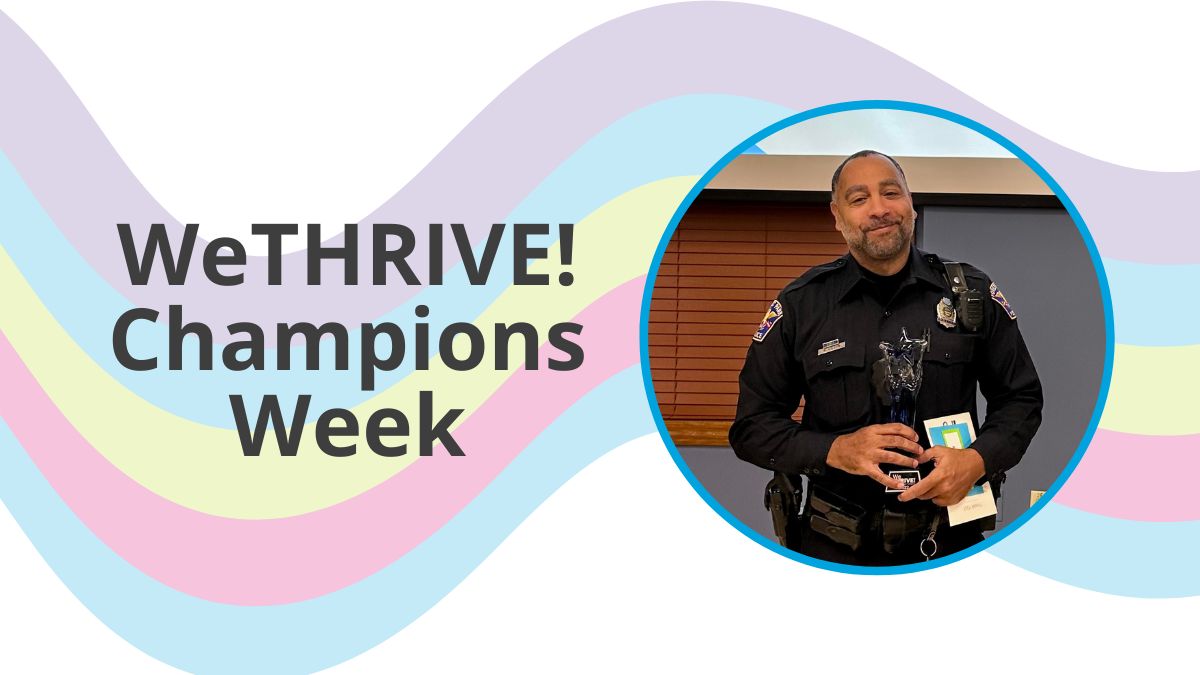 Officer Ron Wilson is the 2022 WeTHRIVE! Champion – Health for All award winner.

Ron is the Community Resource Specialist for the Forest Park Police Department and a member of the Forest Park WeTHRIVE! team. He provides non-traditional police services to community members and serves as the department’s primary facilitator for community outreach.

In 2022, Ron coordinated monthly produce pop ups from March through December in Forest Park. He was on site for every food distribution event and handled all the details, from meeting the food delivery driver and managing the volunteers to collecting and submitting data that’s required.

Ron also organized a Cops and Bobbers event where police officers would go fishing with students from Winton Woods Schools in order to build relationships and mentor the kids. Unfortunately, the event had to be canceled due to heavy rain, but it will be held in 2023. Ron saw a need, found a solution, and arranged for the event.

Going above & beyond for Forest Park

“One day while on a walk, I noticed a bike tossed down in the weeds near school. I sent a photo to Ron and he promised to check it out. After watching the bike during school dismissal that afternoon, he figured out that the student the bike belonged to didn’t have a bike lock, so he was hiding it in the weeds so it wouldn’t get stolen while he was at school. The student lived in Green Hills, so his bike was the only way for him to get to school every day because there is no bus service. Ron spent his own money to buy a bike lock for the student, who can now lock up his bike safely while he is at school.”

Ron goes above and beyond to help everyone in the Forest Park community, regardless of their socioeconomic status, race, ethnicity, religion, or any other factor. He genuinely loves the community and wants to make it better for everyone.

When asked what the WeTHRIVE! Champion Award means to him, Ron says:

“First off, I would like to say that I am honored that I was nominated by Kim Chelf. It’s an award that’s hard to take by itself, so I would also like to thank all the volunteers that help with our produce pop ups. We get meals out to over 3700 individuals and 150 families and this is something I could not have done by myself. It’s more of a team effort. I’d like to thank WeTHRIVE! and all the participants. I’m looking forward to continuing working for the community of Forest Park and making it a great, safe place for people to live and thrive.”