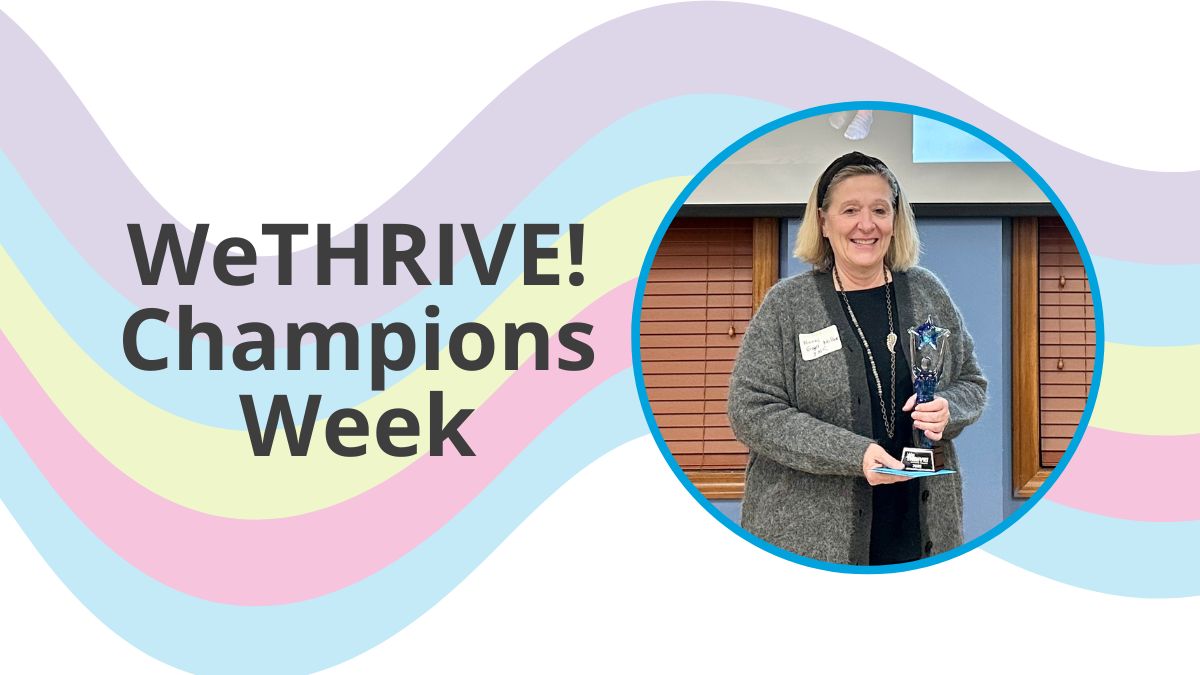 Nancy is the founder and director of 1N5, an organization working to prevent suicide by erasing the stigma of mental illness and promoting optimal mental wellness. She is a dedicated partner to the WeTHRIVE! initiative and is always willing to help in whatever way that she can.

1N5 has been an active WeTHRIVE! partner since 2019. Throughout the pandemic, Nancy continued to attend virtual meetings and offered insight and resources to WeTHRIVE! communities and schools.

Nancy has also attended all three WeTHRIVE! Annual Speed Networking Events in a constant effort to build connections with communities and schools.

Worked with WeTHRIVE! schools & communities in 2022

Nancy and 1N5 also met with other WeTHRIVE! community and school teams to offer free services and resources on suicide prevention and mental health.

When asked what the WeTHRIVE! Partner Award means to her, Nancy says:

“Winning the WeThrive Champion award is a recognition of the work that 1N5 is doing in the community. The mental health of many has been negatively impacted over the last several years which has dramatically increased the need for our services. It is an honor to work alongside so many amazing organizations in the community to do this work. I want to thank the person that nominated me, Hamilton County Public Health, and WeTHRIVE! for all the incredible support.”

Nancy is described as dependable and she can always be counted on to help WeTHRIVE! communities and schools. Her dedication to WeTHRIVE! makes 1N5 the ideal recipient of the very first WeTHRIVE! Partner Award.